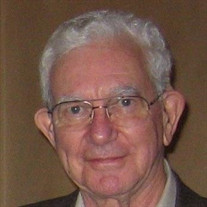 Zorra Sussman, 92, passed away June 28. Preceded in death by beloved wife Marilyn Blacker Sussman, parents May and Maurice Sussman, and sister Delores Flum. Zorra was born at Eitel Hospital in Minneapolis. He attended North High School and received an engineering degree from the University of Minnesota after returning from Japan where he served as a U.S. Marine at the end of World War II. He was a contractor among whose many projects was the Minneapolis Jewish Community Center. He believed in giving back to the community, serving as president of the Minneapolis Talmud Torah, chair of the Beth El Synagogue building committee, and, after his retirement, volunteer for S.C.O.R.E. He was devoted to his dearly loved wife, Marilyn, to whom he was married for 68 years. He is survived by sons and daughters-in-law, Peter & Joni Sussman, Howard Sussman & Nancy Cohodes, Alan & Vicki Sussman and Dan Sussman & Nora Strick; grandchildren Mia, Zach & Jill, Emily, Noah, Jack, Liza and Jacob Sussman, brother and sister-in-law Lloyd and Marge Sussman and other dear family and friends. A special thank you to the wonderful caregivers at the Roitenberg Assisted Living. His last words were in keeping with his spirit, “To life.” Funeral service 10 a.m. FRIDAY June 29 at BETH EL SYNAGOGUE, 5225 Barry Street West. In lieu of flowers, donations preferred to the American Civil Liberties Union (ACLU) or donor's favorite charity. SHIVA to take place Saturday night 8 pm at home of Joni and Peter Sussman, 6904 Mark Terrace Drive, Edina and Sunday night at 7 pm at Beth El Synagogue.

The family of Zorra Sussman created this Life Tributes page to make it easy to share your memories.