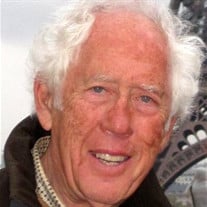 Stanley H. Maisel, pharmacist, died Dec. 3, 2019. Preceded in death by his father and mother, Nathan and Sarah; wives, Marian and Gerri; step-daughter, Jill Rotman. Survived by sons, Greg (Darla), Bob (Bella); brother, Mel (Renee); step-daughter, Judy Laner Cornfield (Joel Cornfield); son-in-law, L.J. Rotman (Elizabeth Hudson); grandchildren, Nate and Jake Maisel, Carly Rotman, Abby and Scott Laner; sister-in-law and brother-in-law, Sandy and Jim Rutzick; nieces, nephews, and many cousins; and companion partner, Jean Efron. Stan will be remembered by those who crossed his path as a loving, caring individual, always ready to lend a hand. His ability to listen was recognized by many. A mentor to several of his employees who became pharmacists. Born in Sioux City, IA, he moved to Minneapolis at a young age. He attended North High School where he was active in sports, and the first male editor of the school paper in years. As the first recipient of the Northside Pharmacist Scholarship, he was active at the University of Minnesota by participating at Hillel House, re-establishing the Alpha Beta Phi Pharmacy Society and a member of the Rho Chi Honorary Scholastic Society. After graduating from pharmacy school, he served in the Army during the Korean Conflict. During his years as a pharmacist, he was co-owner of pharmacies in Crystal, Lester Prairie, Burnsville, Robbinsdale and New Prague. He was a tireless and dedicated worker and an honest and trusted professional and businessman. He enjoyed listening to and telling a good story. He was a member of the Minnesota Pharmaceutical Association, Metropolitan Pharmacy Society, American Consultant Pharmacist Society, board member of the Be The Match Bone Marrow Auxiliary Foundation and had been active in Robbinsdale, Crystal, and New Hope Rotary serving as a board member and was instrumental in establishing the Elmer Rotary Tennis Outing; a recipient of the Paul Harris Rotary award, a past member of B’nai Brith and the Airport Foundation. He enjoyed traveling, tennis, handball, swimming, squash, walking, playing the piano, art, reading and spending time with his family. He was a volunteer for STEP, PRISM and 2n HEART. His humble and selfless nature and laid back attitude made him a unique and special person. The past years have been enlightened by having Jean Efron and her three sons, Norm, Paul and Larry and their respective wives and partner in his life. Memorials preferred to the Marian Maisel Mental Health and Healing Fund at the Minneapolis Jewish Family & Children's Service, Gerri Hymes Maisel, Harvey and Scott Hymes Endowment Fund at Temple Israel or the donor’s favorite charity. Funeral service 1:00 p.m. FRIDAY, Dec. 6, 2019 at TEMPLE ISRAEL, 2323 Fremont Ave. S., Mpls. SHIVA: 5:00 p.m. Saturday at 250 Turners Crossroad So., Golden Valley.

The family of Stanley Maisel created this Life Tributes page to make it easy to share your memories.