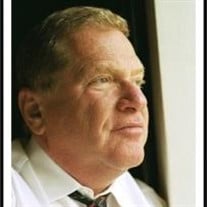 Stanford “Stan” Jay Shuster, age 78, died peacefully in San Diego, California on June 17, 2020, with his loving and dedicated wife Maureen by his side after a hard fought battle with cancer. He is survived by his wife, Maureen Correia Shuster; his children, Jonathan Shuster (Jen Pettit), Tony Shuster (Hannah Rawlings), Kelley (Jeff) Defren with his former spouse Jill Rosen Shuster; and Jason (Devon) Shuster; his stepchildren, Marisa, Mandell, and Ben Maughan; his grandchildren, Sophie (16) and Alex (11) Shuster, Jacob (21), Robert (19), and Sonja (15) Defren, Stellen (9) Shuster; his sister, Rita (Rick) Stone, his brother, Charles (Maribeth) Shuster; his nieces and nephews, Tom (Milena) Stone, Andrew Stone, Suzy Stone, Stephanie (Harlan) Gallop; his grand nieces and nephews, Maya and Michayla Stone, Maddox and Penelope Gallop; and his poodles, Chagall and Michelangelo. He was preceded in death by his parents, Deana and Arthur Shuster, and his late spouse, Connie Fredrickson Shuster. Stan was born on October 14, 1941 in Chicago, IL. He grew up in St. Paul, MN and graduated from St. Paul Central (Class of 1959) and the University of Minnesota (Class of 1962). He began his sixty year career in 1959 when his father, Arthur Shuster, started his own business in contract furnishing and design. Stan was a dedicated businessman and later become a proud owner of Arthur Shuster, Inc. Stan’s fearless leadership could be felt on every level of the Shuster Family business. He was the Chairman of Shuster360, Arthur Shuster, Inc., and Lodging Supply. He was an executive committee member and secretary treasurer of the National Association of Senior Living Industries, now part of the Assisted Living Federation of America and remained a founding member of LeadingAge since 1978. As a recognized innovator, Stan was awarded the 1987 National Association of Senior Living Industries Chairman’s Cup for outstanding service to the enhancement of life quality for older Americans. In addition, he received the Aging in America Top Corporate Award for lifetime achievement in the senior care industry. Most notably, Stan was the recipient of the coveted Platinum Circle Lifetime Achievement Award granted to industry leaders by Hospitality Design Magazine for his outstanding achievement in the field. He cherished all of the friendships and colleagues he developed throughout his career. He loved spending time with his family, playing with his grandkids, reading, and traveling. He enjoyed opening up his home to friends and family alike. He had a generous heart, a great sense of humor, and inspired his family to work hard and dream big. Stan will be dearly missed. Zoom service SUNDAY, June 28, 2020 at 1:00pm. Please click the link below to join the webinar: https://templeisrael.zoom.us/j/93995689683

Stanford &#8220;Stan&#8221; Jay Shuster, age 78, died peacefully in San Diego, California on June 17, 2020, with his loving and dedicated wife Maureen by his side after a hard fought battle with cancer. He is survived by his wife, Maureen Correia... View Obituary & Service Information

The family of Stanford "Stan" Jay Shuster created this Life Tributes page to make it easy to share your memories.