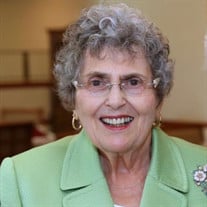 Shirleymae Lane (formerly Shirleymae Orenstein), née Epstein, passed away on Friday, April 2, 2021, at the age of 95, after a brief illness. Shirleymae was the granddaughter of Rabbi Benjamin Papermaster, the “circuit riding” rabbi of North Dakota in the late 19th and early 20th century (see Jewish Historical Society of the Upper Midwest). She was born in Grand Forks N.D., lived in Minot, N.D., and spent her growing-up years in Devil’s Lake, where she graduated from high school. She attended Milwaukee-Downer College and graduated from the University of Minnesota with a B.A. in Liberal Arts. She was an active member of the American Association of University Women, a life member of the National Council of Jewish Women, Hadassah, Sholom Auxiliary, and the Jewish Historical Society of the Upper Midwest. She was an active member of Beth El Synagogue in her senior years, attending services as much as she was able, after being a member of the Adath Jeshurun and singing in its choir. She was very involved in the Knollwood Place community, where she was a resident for 16-1/2 years, and she considered many of the staff to be her friends. Her mother, Zelda, had been a resident of Knollwood Place during it’s very early years. Until two weeks before her death, Shirleymae was enjoying participating in the varied activities of Knollwood Place on Zoom, and although the year of mostly being confined to her apartment (with her daughter Connie) due to the restrictions necessitated by the Covid 19 pandemic caused her to lose some physical strength, she was very much looking forward to resuming full activities in the newly renovated Knollwood. She missed her many departed dining companions and bridge partners, but she was a total “people person” and had many friends and acquaintances across the entire Twin Cities. She remembered details about nearly everyone she ever met. Shirleymae was preceded in death by her husbands Robert S. Lane and N. Stuart Orenstein, her parents, Zelda (Papermaster) and Alex Epstein, and her brother-in-law Dr. Zenith Kremen. She is survived by her sister, Merle Anne Kremen, her five children Connie Orenstein, Jane Stein, Miriam (Mary Ellen) Guttman (Shaya), Robert “Binny” Orenstein, Gershon (George) Orenstein (Nina), 24 grandchildren, 47 great-grandchildren, and 1 great-great grandson. She cherished all of them. The family would like to thank the Park Nicollet Methodist Hospital Hospice Care Team, the Knollwood Place Home Care staff and nurse Bria McNamara, and Tutu Bettie and Vicky Doe for their professionalism, responsiveness, and genuine kindness that made Shirleymae’s final days comfortable and calm and exactly as she had wished them to be. Donations preferred to the Alex and Zelda Epstein Fund at Sholom or to the donor’s favorite charity. Zoom funeral will be held on Monday, April 5, 2021, 3:00pm, with Zoom shiva Monday and Tuesday at 7:00pm, Email [email protected] for the link.

Shirleymae Lane (formerly Shirleymae Orenstein), née Epstein, passed away on Friday, April 2, 2021, at the age of 95, after a brief illness. Shirleymae was the granddaughter of Rabbi Benjamin Papermaster, the &#8220;circuit riding&#8221; rabbi... View Obituary & Service Information

The family of Shirleymae Lane created this Life Tributes page to make it easy to share your memories.