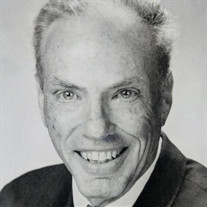 Ronald L. Simon Ron Simon, Age 84, of Hopkins, died November 12, 2018. Preceded in death by wife, Marlen “Schatzi”; parents, I.E. and Gertrude; brother, Jerry. Survived by children, Steve (Leia) and Andrea; grandchildren, Sadie, Hannah, and Noah; brother, Howard (Amy); many nieces and nephews; legions of loyal friends. He grew up in St. Paul, graduating from Central High School in 1950. He then attended his beloved U of M, earning an undergraduate degree in 1954 and a law degree in 1957 (ranking fourth in his class, and earning the coveted Order of the Coif award). While there, he played on the Gopher tennis team, making him a lifetime “M Man.” After service in the U.S. Army, he practiced law in Minneapolis as a trial lawyer and sports agent, achieving spectacular results, winning the respect of his peers, and earning the gratitude of his clients. In the courtroom, where he enjoyed fighting for underdogs, he won the largest medical malpractice verdict (at the time) in Minnesota history. As a sports attorney, he was proud to have represented first-round draft picks in all four major professional sports. He wrote a book entitled “The Game Behind the Game,” colorfully recounting many of his negotiations on behalf of professional athletes. He was a devoted husband, father, and grandfather. He loved hot sunshine, cheering for Minnesota sports teams, tennis, skiing, running, boating, eating sweets, and vacationing with his family. He was fair, patient, methodical, generous, loyal, and adventurous. He had a great sense of humor, and a soothing way of making the people close to him feel like everything was going to be okay. The effects of Parkinson’s Disease, and the sudden death of his wife at a young age, took a serious toll on him later in life. But in the face of adversity he was a model of strength and determination. Funeral service FRIDAY, Nov. 16 at 1:00pm at TEMPLE ISRAEL, 2323 Fremont Ave S., Minneapolis. SHIVA, Saturday and Sunday, 7:00pm, 555 Oakridge Place, Hopkins in the community room. Memorials preferred to Michael J. Fox Foundation, michaeljfox.org.

The family of Ronald L. Simon created this Life Tributes page to make it easy to share your memories.