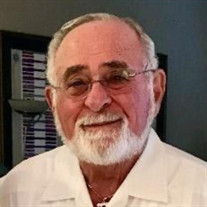 Judge Norman Krivosha 1934-2021 Died peacefully at home in Naples, FL, on January 26, 2021. Norman was born in Detroit, Michigan, to Molly and David Krivosha. He moved to Lincoln, NE, to live with his cousins and attend the University of Nebraska, where he graduated from college and law school. He was a partner in the venerable law firm of Ginsburg, Rosenberg, Ginsburg & Krivosha until 1978. Governor Jim Exon appointed him as the Nebraska Supreme Court's Chief Justice in 1978, a post in which he served until 1987. During his time on the bench, Norman taught appellate advocacy at the University of Nebraska School of Law and helped young lawyers understand how best to serve their clients. In 1987, Norman retired from the bench and became General Counsel for Ameritas Financial Corporation until 2000. After he retired from Ameritas, Norman served as “Of Counsel” for Kutak Rock LLP and opened its first office in Lincoln, NE. Norman was President of and helped establish the American Corporate Counsel Association and served as one of two Uniform Law Commissioners from Nebraska. Norman loved the law and touched the lives of many with his ground-breaking arguments as a lawyer and his opinions as a judge. Norman was the national President of the Sigma Alpha Mu fraternity, where he influenced a generation of students as he visited campuses around the country. Beginning in 2000, Norman and his wife Helene began to split their time between Lincoln and Naples, FL, and in 2005, moved permanently to Naples. Norman was very involved with the Jewish community at Tifereth Israel Synagogue in Lincoln, NE, and Beth Tikvah in Naples. He raised funds for Israel through Israel Bonds by speaking all over the country and saw the fruits of Israel Bonds' labors through many visits to Israel during his lifetime. Norman was an active participant as one of the two lay members of the law committee of the United Synagogue of Conservative Judaism for many years as well as a Vice President for United Synagogue providing valued leadership and advice.. He served as the President of the Jewish Federation in Naples. Norman also volunteered legal services to Habitat for Humanity in Naples and served as President of his community at Naples Heritage and his street association on Kilkenny Drive. Norman loved his children, grandchildren, and great-grandchildren and delighted in FaceTiming with them and hosting them at his home in Naples. He was married for 65 years to his beloved wife Helene, who survives him. He is also survived by his daughters, Terri Krivosha (Rabbi Hayim Herring), and Rhonda Hauser (Adam Hauser), and “adopted son” Herzl Sulamanzaidah. His grandchildren, Avi Herring (Shaina), Tamar Krivosha, Micah Hauser (Priscilla Frank), and Alana Hauser, and his great-grandchildren, Noam Herring and Liba Herring. Special thanks to the nurses and caregivers from McKenney Home Care and the AVOW Hospice team and Brooke Zanella of My Care Manager for the care and compassion they showed to Norman during his illness and to the wonderful care by Dr. George Ferguson in Naples, FL, for Norman over the years since he and Helene moved to Naples. Memorials preferred to Congregation Beth Tikvah in Naples, FL – Chesed Fund, or the Villa at Terracina Grand in Naples, FL (memory care facility).

Judge Norman Krivosha 1934-2021 Died peacefully at home in Naples, FL, on January 26, 2021. Norman was born in Detroit, Michigan, to Molly and David Krivosha. He moved to Lincoln, NE, to live with his cousins and attend the University of... View Obituary & Service Information

The family of Judge Norman Krivosha created this Life Tributes page to make it easy to share your memories.