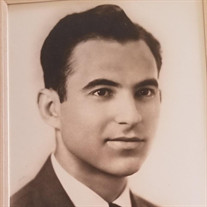 Milton Goodman of Mission Viejo CA and formerly Los Angeles CA, passed away at age 99 on August 7th, 2020. Preceded in death by parents, Dora and Harry Goodman; brother, Jerome Goodman; sister, Phyllis Simon and brother-in-law, Harry Simon. He is survived by nieces and nephew Susan (Jeff) Bemel, Leslie Gold, Howard (Kim) Simon, and Barbara (Yasuo) Tanaka. Milt was born on May 7th, 1921, in Minneapolis, Minnesota, and moved to California in his early twenties. Milt earned a master’s degree in chemical engineering from the University of Minnesota and spent his career conducting research, teaching, and mentoring others. As a chemical engineer, Milt contributed to the development of nuclear energy in its earliest days and later worked in the aerospace industry for many years helping send men to the moon. Even into his early 90s, Milt volunteered his time and resources to tutor local students and advance social causes. Notably, Milt was recognized as a founding member of Common Cause, an organization that seeks to uphold democracy in our government. A master cribbage player, Milton remained a passionate, competitive, and award-winning player well into his late 90’s. Given the limitations of the current times, we look forward to honoring Milton's life at a later date.

The family of Milton Goodman created this Life Tributes page to make it easy to share your memories.