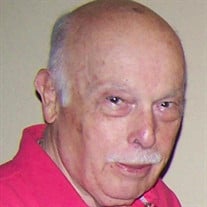 Merton S. ”Bud” Weiner, age 90, of Saint Paul, MN, born in Flint MI, passed away on Feb 22, 2021. Preceded in death by parents, Lawrence “Larry” and Ruth (nee Marker) Weiner Siegel. Survived by first wife and longtime friend, Audrey (nee Lerner); children, Jim (Adele), Laurie (Jeff) Hunt, Susan (David) Olson; grandchildren, Nick, Alex, Joshua, Rachel (Nate), Sarah (Mark) and Matthew; great-grandchildren, Gabriel and Mary; and many dear cousins. Known by family and friends as “Bud”, he attended Central High School, the University of Minnesota, and also served in the Marine and Naval Air Reserve for several years. He began his career at his father’s business, Larry’s Auto Glass Company, and became owner when his dad passed in 1958. He was a successful businessman and was involved in many trade organizations, including the Rotary Club and the Minnesota Glass Association. Larry’s Glass & Mirror was an icon on University Avenue in St. Paul until the early 1980s when it was sold. Bud then spent the next 35 plus years as a well-respected retail salesman, mostly of menswear. He held positions at Luggage World, Brooks Brothers, and worked for Macys for the last fifteen years of his career until his retirement at the age of 87. Bud was a hard worker who provided a good life for his family. His many interests included classic cars, boating, traveling, gadgets, movies, eating out and as a private pilot, he especially loved flying. He volunteered as a Deputy Sheriff for the Ramsey County Minnesota Air Patrol in the late 70s through the early 80s. Bud was always a sharp dresser with an infectious smile and sense of humor. He adored his kids and grandkids and was always very proud of them. Bud will be dearly missed. The family is grateful to Bud’s dear caregiver Jodi Altenhofen and the wonderful staff at Sholom Home East and Sholom Hospice for all of the care and compassion over the last four years. Zoom memorial service 1:00 pm on SUNDAY, February 28th. Memorials are preferred to Sholom Home East, Jewish War Veterans Department of Minnesota or The Alzheimer’s Association. Zoom SHIVA 7:00 pm on Sunday. Email [email protected] for links to services.

The family of Merton "Bud" S. Weiner created this Life Tributes page to make it easy to share your memories.