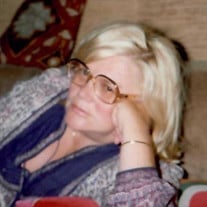 Marcy D. Kronfeld, age 88 of St. Louis Park passed away May 31st, 2018. She is preceded in death by parents, Phyllis and Clayton Delong; grandparents, Blanche and Robert Carpenter; nephew, Lloyd Folsom and sister, Jacklyn Folsom. Survived by her loving husband of 67 years, Alan; daughter, Rosalind Kronfeld Wilbanks (David Wilbanks); son, Richard Kronfeld (Robin Doroshow); grandchildren, Theo and Raina Kronfeld; sisters, Betty and Chavala; nieces and nephews, Merle, Suzy, David, Rita, Ernest, Vickie, Mark, Beth and Clayton. Marcy had previously spent six weeks at Fairview Hospital in Edina bravely battling complications following surgery. Her family was with her throughout her hospitalization until the very end. Marcy was an outstanding business entrepreneur. In her early life, she was employed by Cambridge Corporation (a contractor of Atomic Energy Commission) requiring her to have a top secret “Q” clearance and working alongside top scientists and engineers. In the following years, she was an assistant to the professor who headed up the Maine Masque Theater at the University of Maine and was employed by Esquire as a personnel manager in their Boulder Facility. Marcy and her family then started a new life in Minnesota. In 1974 Marcy attained her Real Estate Brokers license then formed the Marcy Kronfeld Realty Company. She worked with developers and builders to purchase land and old buildings. New neighborhoods were developed as a result of her efforts. One of her listings was a nursing home in which she improved and continues to own. By the year 2017 Marcy had been licensed to sell real estate in Minnesota since 1965. In 2010 she was honored by the National Association of Realtors with the status of REALTOR EMERITUS for her years of contributions to the community and to the real estate profession. Marcy Kronfeld defined the words “tough grace”. She would go 12 rounds with a clerk at the returns counter at Target or Macy’s and not give up until she got her refund, then take homeless people to lunch. She’d let the cops have it over a speeding ticket, then go out of her way to buy new clothes for the mentally and emotionally disabled residents at her nursing home. Like Mary Jo Copeland, (Sharing and Caring Hands), she helped poor and homeless people for the last 40 years, but unlike Mary Jo Copeland, never got any credit for it. Marcy Kronfeld did well for herself, but she was no snob. This suburban, upper middle class, white woman was friends with a Latin American gas station owner, she’d hire guys from the Salvation Army to help her with work around the house and give them a huge tip. She supported her Ghana born employee through nursing school, so he could make a better life for his family. Marcy always gave everyone close to her more than they deserved. Her favorite restaurants were the Nankin, the Lincoln Del and Monte Carlo. Her favorite cars were Cadillacs, and her favorite city was New York, where she moved to as a young woman from a rural town in Maine. It took a lot of guts for this small town girl to head to the big city without a dime and it took even more guts to get married to a Jewish guy she met there, back when that kind of thing was a very big deal. Funeral service 10:00 A.M. SUNDAY June 3rd at ADATH YESHURUN CEMETERY CHAPEL, 5605 France Ave. S, Edina. In lieu of flowers, memorials preferred to the Southern Poverty Law Center, Minneapolis Jewish Federation, Holocaust Memorial Museum or The Simon Wiesenthal Center. SHIVA will be 7:00 P.M. Sunday at 4242 Basswood Rd., St. Louis Park.

The family of Marcy D. Kronfeld created this Life Tributes page to make it easy to share your memories.