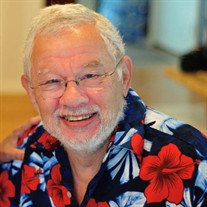 Louis Jurisz, 79, of Hopkins, Minnesota died peacefully on August 8. Lou was born in Europe during the Holocaust, to Jewish parents who were fleeing the Nazis. After the war his family came to New York City, and later relocated to the Northside of Minneapolis. Lou graduated from North High School and attended Mankato State University. Together with his father-in-law, he built Victor Mintz Supply Company, later Mintz Drug Specialty, the major school supply and drug store wholesaler in the region. Lou was an astute and creative businessman, who worked hard and treated others with respect and kindness. But most important to Lou was his family. Lou married Miriam Mintz in 1969. They raised their children in Golden Valley, Minnesota. His family enjoyed days at Lake Harriet, vacations, dinners out, and trips to the DQ in his vintage Austin Healy. After Miriam's death, Lou met and married Shirley Jagoda in 2001. He was lucky to find true love twice in a lifetime. They worked and played together, loved big family dinners, exotic travels, and chasing fireworks displays. Lou also loved spending time with extended family and close friends, fast cars and a good poker hand. We will always remember his laughter, and how much he loved us. Preceded in death by parents, Rubin and Helen; wife, Miriam and brother, Jake. Survived by wife Shirley, children, Rebecca, David (Sara Grimaldi), Ben (Dani); grandchildren, Sollie and Alex; sisters Blanche Amar (Meir) and Sylvia Lotz (Mike); sister-in-law, Susan Jurisz, and many loving cousins, nieces and nephews. Funeral service 11:00 am TUESDAY August 10, at BETH EL SYNAGOGUE, 5225 Barry St. W., St. Louis Park. Funeral and Shiva are also available on zoom. Email [email protected] for link. In lieu of flowers, memorials are preferred to HIAS, formerly the Hebrew Immigrant Aid Society. SHIVA 7:00 pm Tuesday and Wednesday at Beth El Synagogue. It's preferred that everyone attending the funeral and Shiva be vaccinated. Masking indoors at Beth El is required for everyone (including those that are vaccinated).

Louis Jurisz, 79, of Hopkins, Minnesota died peacefully on August 8. Lou was born in Europe during the Holocaust, to Jewish parents who were fleeing the Nazis. After the war his family came to New York City, and later relocated to the Northside... View Obituary & Service Information

The family of Louis Jurisz created this Life Tributes page to make it easy to share your memories.