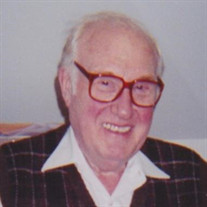 Leo Melzer Age 90, of Golden Valley, passed away October 4, 2019. Preceded in death by parents, Marie and Mendel Melzer; sisters, Franziska Sandler, Rose Lange and Sophie Kaplan; wife, Fern Melzer. Survived by children, Mendel Melzer (Rosemary Maher), Tamara Melzer Levenson (Alec Levenson); granddaughter, Eve; nieces and nephews. Leo was a devoted son, husband and father. He put both family and community ahead of his personal needs. Leo immigrated to the US with his parents at the age of seven to escape Nazi Germany in 1937. After his father’s untimely death, Leo worked in the family business for over 60 years, first alongside his strong mother Marie and later on his own. Cashway Furniture and Leo together were an institution on East Hennepin, both helping to define and support the neighborhood through many decades of change and evolution. Multiple generations of families knew that the only place to go for furniture in the Twin Cities was Cashway and Leo. And while he always made sure the business was successful, what he cared most about was how he created memories and was able to support families as they moved through the different life stages, coming in as they journeyed through childhood, then young adulthood, setting up their own homes, and then having children of their own. Leo would much rather spend his time watching young children jumping on the mattresses on display than worrying about making the extra sale. When Cashway Furniture closed in 2001, it marked the end of an era for Leo and East Hennepin, but not his involvement in the neighborhood. Together with his children, they transformed the former furniture store into a bustling retail district that has a been a core part of the transformation of the Saint Anthony area. Leo was an eternal optimist. No matter the challenge in his way, Leo always believed that things would be better tomorrow. His smile was infectious and he will be sorely missed by those who knew him. Funeral service SUNDAY, Oct. 6, 2019, 3:00pm, ADATH JESHURUN CONGREGATION, 10500 Hillside Lane West, Minnetonka. Memorials preferred to Sholom Home West or Mpls Jewish Community Center. Shiva: Knollwood Place, 3630 Phillips Parkway, St. Louis Park (Sun and Mon 7:00pm).

The family of Leo Melzer created this Life Tributes page to make it easy to share your memories.