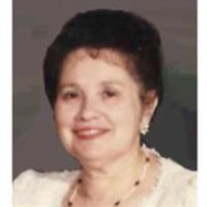 Lenore Smith Bear, of Superior, Wisconsin and St. Louis Park, Minnesota passed away peacefully on October 17, 2021. Lenore was born in Brooklyn, NY to Louis and Anna Laskawitz Smith on February 14, 1929. After her Father’s passing, she moved to Duluth, MN at the age of 10 with her Mother and sister. She graduated from Central High School in Duluth in 1946, and also graduated from the University of Minnesota in Duluth 1948. On December 23, 1951, Lenore married Harry Bear of Superior and the two of them settled in Superior. While Harry and she owned Bear Shoe Works, Harry managed the shop and Lenore was a stay at home mother, raising their beautiful family of four children. When the children were grown, Lenore went back to college and received her Master’s Degree in Counseling from University of Wisconsin-Superior in 1983. In the 1980’s she oversaw the New Perspective’s Program at WITC. Lenore greatly valued her family, education, and kindness. She took great care of all of her family and friends who needed her over the years and was a tireless volunteer for many Jewish organizations including Temple Beth El Women’s League, Council of Jewish Women (organization originating the Loan Closet), the Superior Chapter of Hadassah, serving as President, and served on the Board of Directors as the first woman President of Temple Beth El. She was a member of Adas Israel and Temple Israel in Duluth and Congregation Ahavas Israel in Grand Rapids, MI. She will be greatly missed by her friends and staff at Roitenberg Assisted Living Center where she resided the past three years. Lenore was a loving and gracious lady who always thanked her caregivers up until her last days. She leaves a treasured legacy of her good humor, intelligence, and faith to her family. Lenore was predeceased by her Father, Louis Smith, Mother, Anna Smith, sister, Miriam Smith, husband, Harry Bear, and granddaughter, Bracha Pela Krishef. She is survived by her daughters and sons- in law, Lisa and Erving London, Michelle and Michael Baddin, Marisa and David Krishef and her son and daughter-in-law Stuart Bear and Marsha Schoenkin, grandchildren Brian, Caryn (Valerie de Velasco) London, Josh (Rebecca Morin), Jennifer, Melissa Baddin, Arielle (Geoffrey)Bloom, Nathaniel Bear, Zachary, Solomon, Sarah, Harrison Krishef, great-grandchildren, Hannah Baddin and Ezra, Gideon, and Simona Bloom. Graveside service 10:30am TUESDAY, October 19th at SUPERIOR HEBREW CEMETERY, 6650 Logan Ave., Superior, WI 54886. In lieu of flowers, donations may be made to Superior School District Harry Bear Memorial Scholarship, Adas Israel Congregation, Temple Israel of Duluth, or to a charity of one’s choice. Arrangements are with Downs Funeral Home, Superior, WI. 715 394-7746

Lenore Smith Bear, of Superior, Wisconsin and St. Louis Park, Minnesota passed away peacefully on October 17, 2021. Lenore was born in Brooklyn, NY to Louis and Anna Laskawitz Smith on February 14, 1929. After her Father&#8217;s passing, she... View Obituary & Service Information

The family of Lenore Smith Bear created this Life Tributes page to make it easy to share your memories.