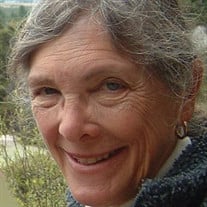 Janet Shapiro, wife, mother, potter, political activist, patron of the arts, and health care professional, died Sunday, May 19, in Minneapolis. Janet, a strong, brilliant and beautiful woman, died peacefully at home after fighting hard for several years against a debilitating illness. Janet is survived by her adoring husband, Irving, her four children Matthew (Susan Garetz), Eben (Susan Atkins), Hugh (Limin Liu), and Ann Stern (Willy), and eight grandchildren, Emily, Isaac, Benj, Zack, Molly, Phoebe, Max, and Eli. She is also survived by her sister-in-law, Laurie Reinstein. She was predeceased by her parents and her brother, Alan Reinstein of Chicago. Janet was born July 31, 1933 in Chicago to Miriam and Leon Reinstein. She grew up on the South Side of Chicago, spent summers riding horses at Rocky Bar-O, Miriam’s riding camp for young women, near Glacier National Park in Montana. She attended Hyde Park High and the University of Michigan where she met a brilliant ophthalmology resident, Irving Shapiro. They married at her parent’s apartment in 1954. Janet and Irving’s 64-year marriage and partnership was a wonder of the universe. Their devotion to and support of each other was unmatched, as was Janet’s commitment to building a strong, loving family. After moving to Minneapolis in 1956, Janet quickly became involved in Democratic politics, particularly with Don Fraser and his campaigns. She worked actively against the Vietnam War and for many social justice causes. For more than two decades, she was a research associate in the Division of Health Services Research and Policy at the University of Minnesota’s School of the Public Health. She was involved in a group that was trying to determine the best way to deliver health care to society. In that capacity, she was the co-author of articles published in the New England Journal of Medicine and the Journal of Health Economics. Janet was a skilled potter and studied with Peter Leach and later at Northern Clay Center. Her forte was her beautiful glazes and she loved working in porcelain. She was a top seller at the Madeline Island Craft Center, where her accounts were carefully kept by Irving. Her coffee mugs, plates and bowls are in happy use by friends and family around the world. She was a devoted patron of the arts. She served on the board of the Walker Art Center, the Saint Paul Chamber Orchestra and the Minnesota Historical Society. She proudly attended every production of the Guthrie Theater until slowed down by her illness. She had exquisite taste and filled her home with beautiful art. Janet was an intensely social person and had a remarkable gift for making deep connections. She was a superb hostess and loved to entertain. She effortlessly made delicious meals. She loved to throw and attend parties. She was always at the center of any gathering’s liveliest conversation. She had extremely close friendships and to talk with Janet was to be singularly bathed in a force field of interest, attention, insight and connection. Janet loved nature, particularly water. She was founding member of an extraordinary community at Madeline Island, forging over the course of five decades deep friendships across generations. Always a wonderful confidante, she was also a famous skinny dipper, kayaker, fast walker and tennis player. She rarely lost her serve. Janet’s last few years were difficult. She fought hard against a terrible, isolating disease, but there were moments of brightness, particularly with her grandchildren, when her dark humor and zest for life would shine through. She had a devoted, caring network of relatives and friends that were extremely generous and compassionate in spending time with Janet over the past several years. Even in the most challenging moments, Janet took comfort in the devoted care that Irving tirelessly provided for her. Memorial service 11:00 AM, FRIDAY, May 24th at TEMPLE ISRAEL, 2323 Fremont Ave S., Minneapolis. In lieu of flowers, memorials preferred to Planned Parenthood of Minnesota/North Dakota/South Dakota or Northern Clay Center of Minneapolis.

The family of Janet Shapiro created this Life Tributes page to make it easy to share your memories.