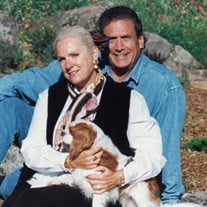 Jacobs, Irwin L., and his beloved wife Alexandra L., passed away together unexpectedly in their home on April 10, 2019. They were devoted parents and grandparents who prioritized and valued their family above all else. Married for 57 years, their love for one another was inspiring. They enjoyed being near the lake and in nature. Their favorite times were sitting around a table with their loved ones. They adored their eight grandchildren and took great pleasure in watching them grow. They were very supportive of causes close to their hearts including the Special Olympics, PACER, Courage Center and the Minnetonka Center for the Arts. Irwin was born on July 15, 1941. He was an entrepreneur from a young age with an appetite and skill for making a deal. At the age of 8 years old, he began working alongside his father, becoming fully ingrained in the Northwestern Bag Company business by the age of 12 through collecting, recycling and reselling burlap sacks. He attended one day of college at the University of Minnesota, a request by his father as a requirement to continue working in the family business. Irwin had an uncanny ability to negotiate. Known in some business circles as “Irv the Liquidator,” Irwin had an amazing ability to see the value in companies in ways that others could not. He became a renowned and fierce competitor in the corporate world, buying and selling companies in partnership with his longtime business colleague and close friend, Mr. Carl Pohlad. Their first joint endeavor involved financing the purchase of the Grain Belt Brewery in 1975. From there, Irwin led the charge in corporate acquisitions with brands from W.T. Grant, Arctic Enterprises, Disney Productions and Kaiser Steel, just to name a few. There was more to his professional career than takeovers and liquidation. He was part owner of the Minnesota Vikings, in tandem with other business partners, including Pohlad. In the process of building his modern day business operations, Jacobs Trading Company became a cornerstone of his portfolio, buying and reselling goods from retailers such as Walmart and Sam’s Club. His purchase of Watkins, Inc., in Winona, MN, saved the ailing business and resulted in a thriving company—which is still based in the town on the bluffs with products in homes across the country. He built the COMB Company, the TV shopping channel CVN, which ultimately became QVC, today’s largest TV shopping network. He also grew his boating acquisitions into Genmar, the world’s largest boat builder and home to some of the most recognizable boat brands in existence. No industry would feel his impact more greatly than the world of tournament fishing when he acquired Operation Bass and ultimately created FLW (Fishing League Worldwide), the largest fishing tournament organization in the world. He became a trailblazer in the industry, for which he has received many accolades including induction into the Bass Fishing Hall of Fame in 2010. Beyond business, Irwin was a devoted family man and philanthropist. He donated to multiple charities among his personal accomplishments. Irwin underwrote and served as chairman of the 1991 International Summer Special Olympics Games, which were held in Minneapolis/St. Paul. He personally funded the building, furnishing and overall operations of Dells Place, a group home for developmentally challenged individuals; Functional Industries, an occupational workshop for physically and mentally disabled individuals; and The Art Center of Minnesota. Additionally, Irwin supported several other local and nonprofit organizations benefiting the arts, disabled, developmentally challenged and homeless. Born on January 23, 1942, Alexandra was raised on Lake Harriet in Minneapolis, MN. She dedicated her life to raising her five children including a daughter with special needs. She supported her husband and maintained her beautiful home. Alex was an extraordinary friend who loved to laugh above all things. Her passion was painting. She painted extensively in oil and watercolor, inspired by her world travels as well as everyday life. She was a very accomplished painter but approached it out of her love, not to impress or receive recognition. She was a gracious host, and along with Irwin, loved to entertain. Alex will be remembered for her warmth, beauty, smile and joie de vivre, as well as her sense of humor. Irwin is preceded in death by his parents, Samuel and Rose Jacobs and brother, Sheldon Jacobs. Alex is preceded in death by her parents, Randolph and Mildred Light. They are survived by their children, Mark Jacobs, Sheila Jacobs, Melinda Jacobs, Randi Jacobs and Trisha Blake (Robert); grandchildren, Cole 28 (fiancée Erin Dongoske), Madeline 26 (Avshalomnaor) Alexander 21, Caroline 18, Jordan 18, Gillian 16, Tess 13, Finn 11; and great grandson, Ozzie 1; Irwin’s sisters, Elaine Yablonsky and Sharon Milavitz; Alex’s sisters, Elizabeth Funk (Elliott) and Carolyn Bell (Eddie); and multiple beloved nephews and nieces. Special thanks go to nurses Lisa Ann Hayes, Kerry Anderson and LaVern Callum; to caretakers Tom and Chanda Brown; and to loving executive assistants Gail Fairchild and Ann Herrmann. A celebration of Irwin and Alexandra’s lives will take place from 2:00 to 5:00 p.m. on Monday, April 15, 2019 at the Lafayette Club. Friends and family are welcome. Memorials are requested in lieu of flowers and may be sent to the Abbott Northwestern Hospital Foundation, PACER Center, Minnetonka Center for the Arts and Special Olympics.

Jacobs, Irwin L., and his beloved wife Alexandra L., passed away together unexpectedly in their home on April 10, 2019. They were devoted parents and grandparents who prioritized and valued their family above all else. Married for 57 years,... View Obituary & Service Information

The family of Irwin & Alexandra Jacobs created this Life Tributes page to make it easy to share your memories.