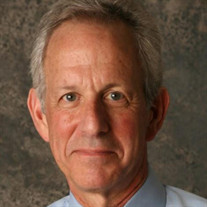 Fred Pritzker,a lifelong resident of St. Paul and world traveler, age 71, died on January 10, 2022. He is survived by his wife, Renee Beloy Pritzker; and his adoring children, Jacob Pritzker and Sarah Pritzker; as well as his beloved brothers, Marc Pritzker (Sandra Stowell) and Tom Pritzker (Joanne Sunquist); step-sisters, Connie Lundeen (Bob), Sandra Rubenstein, and Nancy Madson (John); and many beloved nephews and nieces. Fred approached death as he did everything in life, with a passion to know its meaning and significance through research and contemplation. He countered fear of what lay ahead after life through intellectual preparation. He warned his family not to remark that he led a valiant fight, yet touched many people with his strength, courage, and insight in his final two and one-half years. He made sure that family and friends were well-aware of their value and strength to him and to the world on his passing. His focus was on their import and value, not his own demise. In high school, Fred’s mother received a call indicating he was most likely to succeed in his graduating class. The call was followed a short time later by a second call indicating a mistake had been made, and the award was “did the most for his high school.” In some sense he set out to prove them all wrong. He attended the University of Minnesota Law School, worked briefly for the Attorney General’s office, and practiced at several prestigious law firms until deciding to set his own course. He practiced law for over 40 years, was a nationally known legal expert in foodborne illness, and was one of the first to recognize this emerging area of law. He also specialized in explosion and fire litigation as well as catastrophic injury cases. His interests in litigation went far beyond law. He was respected by experts for his mastery of the nuanced scientific issues in this type of litigation. But most of all, his focus was always on the clients and their families. He kept in contact with many long after their cases concluded. His greatest gift was learning the stories of the people around him, whether it be a client, a friend, or a stranger. He had a rare ability to draw people out, without judgement; contemplate their stories, and share in their joys and hardships. He was a great listener and, with age and experience, became an important friend and mentor to many. Fred was a generous spirit, often reading of some hardship in the news and reaching out to use his legal talents or connections to bring solace to those in need. He never boasted of these kind deeds. Very few beyond his immediate family knew of such efforts. He was blessed with an athletic soul and wanted to be remembered for his passion for running in his younger years, and, in later life, his love of cycling, which he shared with his daughter Sarah. A great mind was lost with Fred’s passing. He was a lifelong learner, interested in art, science, philosophy, music, world history, politics, and literature. Whatever topic was raised, he could add depth and nuance to an understanding of the issues. He gave much to the world, gained much and often struggled with whether he gave enough back. He will be missed for the way he would personally shoulder the problems and challenges of loved ones or clients, for his generous nature, his quick wit, and for his fierce love of his family and friends. He was always guided by the principle that what ought to be done shall be done. Nowhere was this more apparent than his advocacy for people with disabilities, in particular his efforts focused on making a better world for his son, Jacob. He helped break barriers for people with disabilities, served as the president of the national Angelman Foundation, and continued to serve on the scientific committee, often reaching out to researchers to follow needed areas of study. The family requests those wishing to express sympathy consider a donation to The Jacob Pritzker Fellowship Program angelman.org/jacobpritzker. To keep Fred’s friends and family safe in the times of COVID, the in-person memorial service will be for immediate family only. It will be held on Friday January 14, 2022 at 11:00 AM. Those wishing to be present will be welcomed virtually. To receive the link, send an email to [email protected] A celebration of Fred’s life and legacy will be held next summer.

Fred Pritzker,a lifelong resident of St. Paul and world traveler, age 71, died on January 10, 2022. He is survived by his wife, Renee Beloy Pritzker; and his adoring children, Jacob Pritzker and Sarah Pritzker; as well as his beloved brothers,... View Obituary & Service Information

The family of Fred Pritzker created this Life Tributes page to make it easy to share your memories.