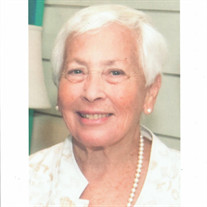 Sipkins, Dorothy Delores née Goodman, of blessed memory, age 92, at rest 1/1/2020, after a decade-long battle with Alzheimer’s disease. Born 12/4/1927 in St. Paul, MN; resided in the Twin Cities all her life apart from winters in Arizona in late life. Attended the University of Minnesota; received both a degree in psychology in 1950, and another in education in 1959. In the early 1950’s, Dorothy met the dynamic Bill Sipkins while both were working at Donaldson’s; they were married on 5/24/1952 and celebrated their 64th anniversary before his passing in 2017. After receiving her education degree, Dorothy taught in the Temple Israel preschool for 8 years before becoming the Preschool Director for another 9 years. Our family was Dorothy’s greatest focus and passion. In addition to raising her son and daughter, and assisting her niece Leslie with her newborns, she and Bill assumed parental roles for her young niece Toni when Dorothy’s brother lost his wife to cancer. She also served as guardian for Toni’s late sister Lori. Dorothy was one of the founders of the Minnesota Jewish Group Homes, a residence for disabled persons, and served as president of its board among other roles. Among Dorothy’s other interests were modern art, which she and Bill collected and admired on their travels to museums around the U.S. and Europe. She was an accomplished chef, an avid tennis player and competitive card player, and an enthusiastic member of her ladies minyan group. She and Bill were benefactors of many charities and of Temple Israel where they were lifelong members. But her family was her pride and joy. Loving daughter of the late Henry and Rose Goodman. Devoted wife of the late William Sipkins. Dear sister of the late Meyer Goodman, the late David Goodman, and the late Frances Taler. Cherished mother of James [Starla] Sipkins and Nancy Sipkins. Very proud gramma of Jillian Sipkins [Justin Willman] and Joseph Sipkins [Lizzie Green], and great-grandmother to Jackson Willman. Special aunt and cousin to many, especially Leslie Jacobs and Toni Portz. Dorothy was a class act, kind, well-read and traveled, and even in her fight with dementia, remained loving and tolerant, even angelic. She will be deeply missed. Memorial service 1:00 pm, SUNDAY, January 5th, TEMPLE ISRAEL, 2323 Fremont Ave. S., Minneapolis. In lieu of flowers, a donation in Dorothy’s memory may be made to Rabbi Glaser’s discretionary fund at Temple Israel, or your preferred charity. SHIVA at Temple Israel, Sunday January 5th, 7:00 PM.

Sipkins, Dorothy Delores née Goodman, of blessed memory, age 92, at rest 1/1/2020, after a decade-long battle with Alzheimer&#8217;s disease. Born 12/4/1927 in St. Paul, MN; resided in the Twin Cities all her life apart from winters in Arizona... View Obituary & Service Information

The family of Dorothy Delores Sipkins (nee Goodman) created this Life Tributes page to make it easy to share your memories.