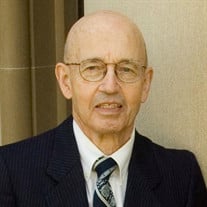 LUNCHEON ANNOUNCEMENT Following the funeral service, a luncheon will be served at Roitenberg Residence, 3610 Phillips Pkwy, St. Louis Park. Donald D. Levin, age 90, of St. Louis Park, September 14, 1928 – January 19, 2019. Preceded in death by parents, Jack & Bess; siblings, Zora, Sidney, Terry, Ephraim and Elaine. He is survived by his loving wife of 45 years, Marilyn; children, Sandra (Edward) Adkins and Steven J. (Erin). Known as “Dodo” by close family, since his baby sister, Elaine couldn’t pronounce Donald. A teenager during the years of WW II, Donald’s sense of patriotism led him to enlist in the Army in 1946 despite failing the eye exam. After serving in the military, he studied for and became a freelance commercial artist. He later worked as an advertising director; first for Fingerhut Corporation, then Japs Olson Company, as well as COMB Company. Donald was a skilled painter as well; in his spare time he loved to paint Western scenes of cowboys in the rugged landscape. Donald taught himself to play the guitar and sang and played for his own enjoyment. He was a man of regular habits; for many years he walked around Lake of the Isles every morning no matter the weather, while every evening he would do at least 100 push-ups, a ritual that continued until he was 80. He was a man of great personal integrity and had a strong sense of duty and obligation. He had a wonderful sense of humor which sustained him throughout his life. Above all, Donald was devoted to his family and adored his wife and children. Funeral service 11:00 am, FRIDAY, January 25, 2019, UNITED HEBREW BROTHERHOOD CEMETERY CHAPEL, 2605 70 ½ St. S., Richfield. No Shiva. In lieu of flowers, memorials preferred to Alzheimer’s Association.

The family of Donald D. Levin created this Life Tributes page to make it easy to share your memories.