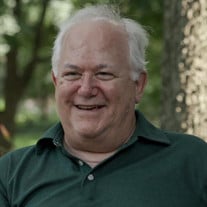 David Hausmann Gelperin, 81, of Golden Valley, MN, passed peacefully after a short but determined battle with leukemia. David was born in Cincinnati, OH and, after spending much of his youth moving around the country, attended Carlton College, where he majored in math and minored in bridge. In 1965 David moved to New York City. There he met Sharon Shields, whom he wed in 1967 at the old Beth El Synagogue in North Minneapolis. After two years together in NYC David and Sharon moved to Columbus, OH and started a family while David earned a PhD in computer science from Ohio State University. One of David’s deepest loves was the land of Israel. In 1973 his young family moved to Haifa where David taught computer science at the Technion (Israel Institute of Technology). After returning to the US in 1975 David visited Israel many times to reconnect with dear friends, present professional papers and enjoy authentic falafel. In 1986 David founded Software Quality Engineering which quickly developed into an industry-leading software testing consultancy firm. David helped create new standards for software testing and was instrumental in gaining recognition for testing as a separate discipline within the software industry. Over the course of his career David earned a much deserved place among the intellectual leaders of software development and testing. As recently as 2019 he conducted guest lectures on software development at the University of Minnesota Software Engineering Center. In retirement David engaged in various pet projects intended to improve software development, and others to advance public safety. He spent years creating a revolutionary, complex model for defining software requirements; he co-developed a strategy to improve patient understanding of medications that they are taking; and he testified before a congressional subcommittee on self-driving cars, warning that existing government regulations do not adequately protect drivers and pedestrians. More than anything David loved spending time with his family (particularly his grandchildren) and friends. He could converse forever on whatever had recently piqued his interest. He was endlessly curious and eager to learn. David loved animals (particularly dogs and meerkats), traveling (he and Sharon visited Australia, Asia, Europe and Central America), nature, science fiction, spaghetti westerns, games (particularly with his grandchildren), quiet contemplation, and creating intellectual order from perceived chaos. David was preceded in death by his parents, Abraham and Emily Illmer Gelperin; step-mother, Eve Gelperin; his beloved in-laws, Sidney and Lilyan Shields; son-in-law, Joel Richman; brother-in-law, Marshall Shield; and sister-in-law, Lynn Gelperin. He is survived by his loving wife of 53 years, Sharon; children, Jonathan, Naomi and Aaron (Kim); grandchildren, Sidney, Louie, Stella, Francis and Simon; brothers, Alan (Kate) and Roger (Maria); many cousins, nieces, nephews and countless treasured friends. Our family would like to thank the doctors and staff at Minnesota Oncology, and the caring nurses on the Abbott Northwestern Oncology ward. Graveside service 12:00 pm, MONDAY, June 21st at BETH EL MEMORIAL PARK, 3726 Winnetka Ave. N., Crystal. Memorials preferred to St Jude Children’s Hospital or Herzl Camp. SHIVA 7:00 pm on Monday, Tuesday and Wednesday at David and Sharon's residence. Please call funeral home for address. Funeral and shiva will also be available on zoom. Email [email protected] for link to services.

David Hausmann Gelperin, 81, of Golden Valley, MN, passed peacefully after a short but determined battle with leukemia. David was born in Cincinnati, OH and, after spending much of his youth moving around the country, attended Carlton College,... View Obituary & Service Information

The family of David Hausmann Gelperin created this Life Tributes page to make it easy to share your memories.