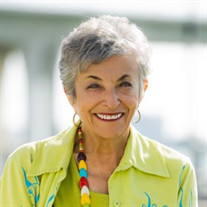 Bonnie Paull Bonnie was born in Duluth, August 22, 1933, to Henry Paull and Irene Levine Paull. She passed, after a short illness, on June 30, 2018. She graduated from Minneapolis North High in 1951. Bonnie was predeceased by her husband, Martin Rubinstein; and her daughter, Gabrielle. She is survived by her son, Paul Rubinstein; grandson, Hayden Rubinstein; and brother, Michael Paull. Bonnie and Marty raised their family in the San Francisco Bay Area, where Bonnie entered the field of Education. Bonnie devoted her entire professional career to education. She became professor emeritus at the College of Alameda in northern California. In addition to her 40 years as a classroom teacher, she was dean of students, consultant, writer, researcher and public speaker. Bonnie’s research into education led her to establishing an award-winning program called “The Little Red Schoolhouse for Adults” and a speaking presentation called “What’s Happened to American Reading”. Bonnie’s published works included: Will the Real Teacher Please Stand Up, Humanistic Primer in Education, The Crooked Journey, The Story of a Woman’s Fight Against Scoliosis, Winning with Grammar and Lincoln’s Springfield Neighborhood. Several awards were bestowed on Bonnie. Among them: The Edpress Award for Feature Writing, The Danforth Foundation Harbison Award for Gifted Teaching, the Teacher of the Year Award from Peralta Community College District and the Excellence Award from the National Institute for Staff and Organizational Development at the University of Texas-Austin. Bonnie was a person who lit up the room when she entered. Those who met her will never forget her. She was loved by her friends, her students, and her family. She was a champion for those who had no champion. She will be deeply missed by all whose lives she touched. Funeral services will be held on August 19th at 1:00 pm at Temple Emanuel Cemetery located at 4400 Woodland Ave. in Duluth MN.

Bonnie Paull Bonnie was born in Duluth, August 22, 1933, to Henry Paull and Irene Levine Paull. She passed, after a short illness, on June 30, 2018. She graduated from Minneapolis North High in 1951. Bonnie was predeceased by her husband, Martin... View Obituary & Service Information

The family of Bonnie Paull created this Life Tributes page to make it easy to share your memories.