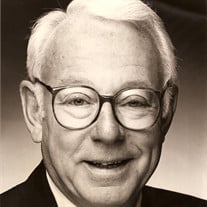 Arthur Edward Weisberg, age 93, of Minneapolis, passed away on October 13, 2019. He was preceded in death by parents, Louis J. and Florence Weisberg; his wife of 55 years, Betty; brother-in-law/sister-in-law, Saul and Rosemary Brooks. Survived by children, Andrew (Marybeth) Weisberg, Freddie (Joy Parker) Weisberg, Luke (Janet) Weisberg; grandchildren, Zon, Jacob, Kaitryn, Alex, Sophie, Sam and Asher; brothers, Willard (Phyllis) and Morton (Ruth) Weisberg, and brother-in-law/sister-in-law, Jerry and Louise Rotman; also survived by his significant other of recent years, Phyllis Reischer; in addition, lifelong friend, Sheldon Brooks, as well as many loving nieces, nephews, cousins, colleagues and friends from all walks of life. Arthur graduated from Minneapolis North High School and the William Mitchell College of Law, St. Paul. He attended the University of Minnesota as an undergraduate. After working his way through school as a newspaper sportswriter and a salesman, Arthur’s entire professional career was with the law firm of Dorsey & Whitney, where he began as a messenger in 1947, and later became a partner. He considered himself a “general practitioner” attorney, however, most of his career was spent in corporate law, representing national companies. He also did pro bono work on behalf of individuals in need of legal advice and representation. He was dispatched by his firm to open a law office in Washington, DC, where he thrived on living and working in a new city after spending a lifetime in Mpls. He loved his career; especially the relationships that he developed over the years with his clients and colleagues. Arthur was known to have spoken with numerous people in a given day (Betty once remarked that the telephone was one of his appendages). He could get a conversation started with the elevator operator, and by the time he reached his floor, an entire elevator full would be laughing from a joke he told on their way up. He treated everyone from the front desk receptionist, to the CEO, with the same degree of respect, and taught the same to his children. He had an incredibly positive outlook on life and taught us that life was meant to be fun and embraced. Throughout our sullen, teenage years, he would quiz us at the dinner table. As the conversation would go, time and again, “What did you do today? Our stock answer, “Nothing,” was always met with his stock reply, “How did you know when you were finished?” He taught us to try things – musical instruments, sports activities, and later on, professional endeavors -- and that we should continue to learn by taking classes and lessons and to be gutsy in our endeavors. He and our mom took us on several motor home adventures. He wrote an article, entitled, “RMA: Right Motorhome Attitude.” Invariably, things would go wrong, and as a Jewish guy with the sum total of a cigar box as a tool chest, he had to be inventive. Duct tape went a long way in his book. Arthur and Betty loved their travels all around the US and through Alaska via motor home – loving their adventures while stopping to visit friends and family along the way. He cherished these memories and never gave up on the thought of getting in a motorhome and taking off on a trip. We’re quite sure that he invented the concept of networking. He prided himself on knowing and helping to connect people wherever and whenever needed. He had a Rolodex of names etched in his mind and would never hesitate to “pick up the phone” (one of his favorite phrases) and call someone to make a connection on another’s behalf. We can’t write without mentioning his lifelong love of Chumley, our family sheepdog of many years. Arthur loved business, close friends, his family, making people laugh and a good adventure. He will be missed beyond measure. We want to thank his primary caregiver, Harriet Jackson, for her above and beyond dedication and loving care for Arthur; and to his granddaughter, Kait, for the special role that she played in caring for Arthur near the end of his life. Funeral service 11:00 am, WEDNESDAY, October 16, 2019, SHIR TIKVAH, 1360 W. Minnehaha Pkwy, Minneapolis. In lieu of flowers, please consider a donation in memory of Arthur to “Hold Your Horses.” www.holdyourhorses.org or a donation to the charity of your choice. A gathering of family & friends will be held Tuesday & Wednesday evening, 7 – 9 pm, at the home of Luke and Janet Weisberg, 5120 Colonial Drive, Golden Valley, MN.

The family of Arthur Edward Weisberg created this Life Tributes page to make it easy to share your memories.

Arthur Edward Weisberg, age 93, of Minneapolis, passed away on...