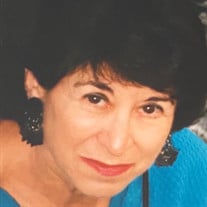 Age 87 (but you’d never guess it nor would she admit it). Tenacious. Assertive. Opinionated. Curious. Caring. A lover of cats and flowers, gardens and travel. Arlene made Minneapolis a better place to live. In the '80s, as a founding member of ELECT (Emergency Lakes Environmental Coalition Task Force), she was an essential voice in convincing the City Council to pass a height restriction on development around the Lakes. In 2004, Arlene co-founded Park Watch, a citizen effort to establish transparency at the Minneapolis Park and Recreation Board (MPRB) and increase citizen involvement in protecting our city’s unique park and recreation system. Arlene made herself known to the city of Minneapolis in 1963, when she contested a failure to stop traffic ticket, arguing that some Minneapolis stop signs were illegal - those that were yellow, black and square instead of red, white and octagonal. The judge ruled in her favor and made the City update its hundreds of illegal signs. A native of Omaha, she was an alumnus of the city's Central High School. After attending the University of Iowa she married and moved to Minneapolis in 1956. Arlene graduated from the U of M with a degree in Journalism, later applying her skills as a public relations consultant, as a book reviewer for the Star Tribune and as a Realtor. Her civic involvement included the League of Women Voters, DFL, PTA, advocating for the establishment of the Minneapolis elementary school hot lunch program, and Bryn Mawr neighborhood where she lived for 56 years. More recently, she was a supporter of Sholom Home and the University of Nebraska Medical Center, and for over 30 years she was a member of the Thursday Nutmegs lunch group. Arlene will be remembered for her directness, energy, ability to connect and collaborate, her attention to detail, and her vibrant interest in people, places and things art and architecture, music, theater and travel. She was an early supporter of Mixed Blood Theatre, Theatre in the Round and the Cricket Theatre. She sailed with Northern Lights Sailing Club and rollerbladed at the Dome until it closed; she was 80 at the time. Her 3x/week gym visits would likely have continued into this year if not for the Covid-19 pandemic. Throughout her life she bravely confronted skin, uterine, breast and lung cancers. As her lung cancer is believed to have been caused by radon, the naturally-occurring but toxic soil-based gas that seeps into foundations and basements, Arlene wished to urge you to test your home for radon; it's an invisible ticking time-bomb for many residences and the most common cause of lung cancer among nonsmokers; testing/mitigation is not exceptionally costly. The family is thankful to her magnificent U of M medical team and friends who were so supportive over the recent years. She is survived by sons, Alan and Lawrence; sister, Lois Wine of Omaha; and beloved cats, Zeus and Abby. Predeceased by parents, Max and Anne Moskowitz; and former husband, Sam Fried. Funeral Service 2:00pm on THURSDAY, June 10th at the Minneapolis Jewish Cemetery Chapel, 7032 Penn Ave S., Richfield. Service is also available on zoom. Email [email protected] for link. Reception to follow, TBA. Donations in her memory are suggested to the Park Board's Minneapolis Parks Foundation and Mixed Blood Theatre.

Age 87 (but you&#8217;d never guess it nor would she admit it). Tenacious. Assertive. Opinionated. Curious. Caring. A lover of cats and flowers, gardens and travel. Arlene made Minneapolis a better place to live. In the '80s, as a founding... View Obituary & Service Information

The family of Arlene Joy Fried created this Life Tributes page to make it easy to share your memories.